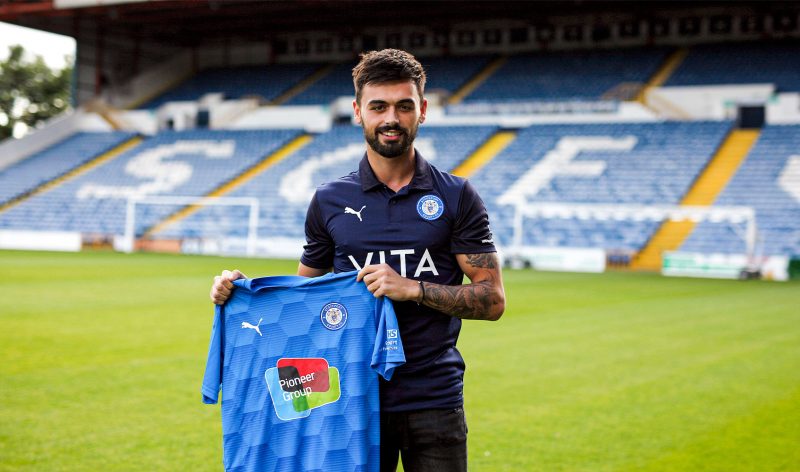 Congratulations to client Macauley Southam-Hales who has joined Stockport County.

24-year-old Macauley joins The Hatters from Fleetwood Town on a two-year contract for an undisclosed fee.

Macauley began his career in the youth set-up at Cardiff City Football Club, before joining Barry Town United in summer 2018. He made 38 appearances for the South Wales outfit before joining League One Fleetwood Town in 2019.

He spent time on loan at Hartlepool United last season and now links up with Jim Gannon’s side ahead of the new season. Macauley brings his versatility to the Stockport County squad, being able to play in attacking right back and right wing back roles. The Manager expressed his delight at securing Macauley’s signature, saying:

“It is great to have Macauley join us at this stage just as we start the final preparations for the season ahead. He was a player we were monitoring for future recruitment but we are delighted that we have been a able to secure his services early for this coming season.”

New Era are delighted for Macauley ahead of his new chapter and are looking forward to supporting him in his career at Stockport County.