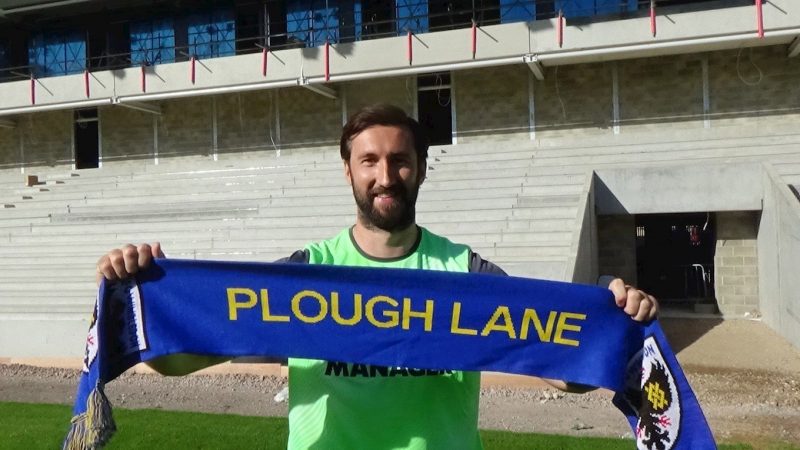 Congratulations to client Ollie Palmer who has joined AFC Wimbledon on a permanent deal.

Ollie joins the Dons from Crawley Town in League Two, where he spent two seasons as a prolific goalscorer, netting 29 goals.

Ollie attracted attention from several League One Clubs in the Summer transfer window, but opted to join AFC Wimbledon, having a personal link to the Club, as his grandfather also played for the side.

He has expressed his delight at signing for the Club and is looking forward to getting underway for the Dons and eventually walking out at their Plough Lane ground, which is currently undergoing redevelopment.

Ollie said “The fans have put some much in and they are going to get their rewards with this brand new stadium, hopefully we can get as many points as possible. My team-mates have been so warm and welcoming and it just seems like a really positive place to be. I’m really excited to get started.”

All at New Era would like to congratulate Ollie on his move and are looking forward to seeing him make the step up to League One next season. We wish you all the best at your new Club, Ollie!