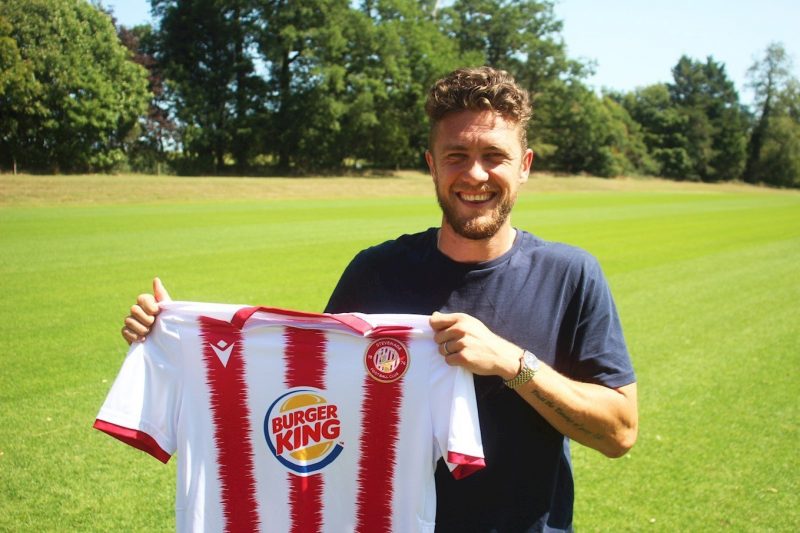 Congratulations to client Ben Coker, who has joined Stevenage Football Club on a season-long loan.

Ben joins Stevenage from Lincoln City and brings a wealth of experience to The Boro’s defence.

Ben joined The Imps in the Summer of 2019, following  seven years at Southend United, where he made more than 200 appearances and helped the Club to back to back Play-Offs in the 2013/14 and 2014/15 season, securing promotion in the latter campaign.

Ben has already begun training with Stevenage and is looking forward to getting underway at the Club. He said “I can’t wait to get started and show everyone what I can do.”

Manager Alex Revell was delighted to secure Ben’s signature, saying “[Ben] is someone that I have admired both as a player and a character for a long time and is someone that will add a huge amount of experience and leadership to our squad. His work rate, athleticism and character fits our DNA and he is someone that joins us from a higher level to help us as we push forward as a club.”

All at New Era would like to wish Ben the very best for his time on loan at The Boro and look forward to seeing him play in the coming season.

Congratulations to client Ollie Palmer who has joined AFC Wimbledon on a permanent deal.&nbsp; Ollie joins the Dons from Crawley Town in League Two, ...