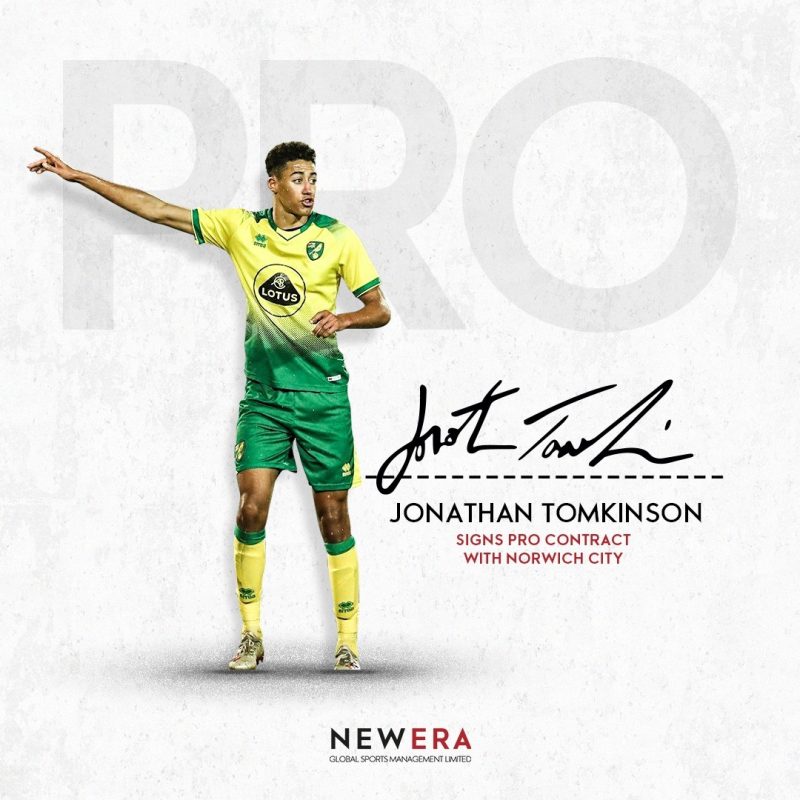 New Era are delighted to announce that client Jonathan Tomkinson has signed his pro contract with Norwich City FC.

18 year-old Jonathan moved to the UK from Texas to pursue his footballing career and after a series of trials joined Norwich FC.

He features regularly for the Club’s under 18s side and has also played for the under 23s and has also represented the United States at under 18s level.

Jonathan’s performances have seen him rewarded with a professional contract and he now commits his future to the Club.

All at New Era would like to wish him every success for the future and congratulate him on this fantastic achievement.

New Era are pleased to announce that client Tom Clarke has joined Salford City FC on a permanent deal.&nbsp; Tom makes the move to Greater Manchester...