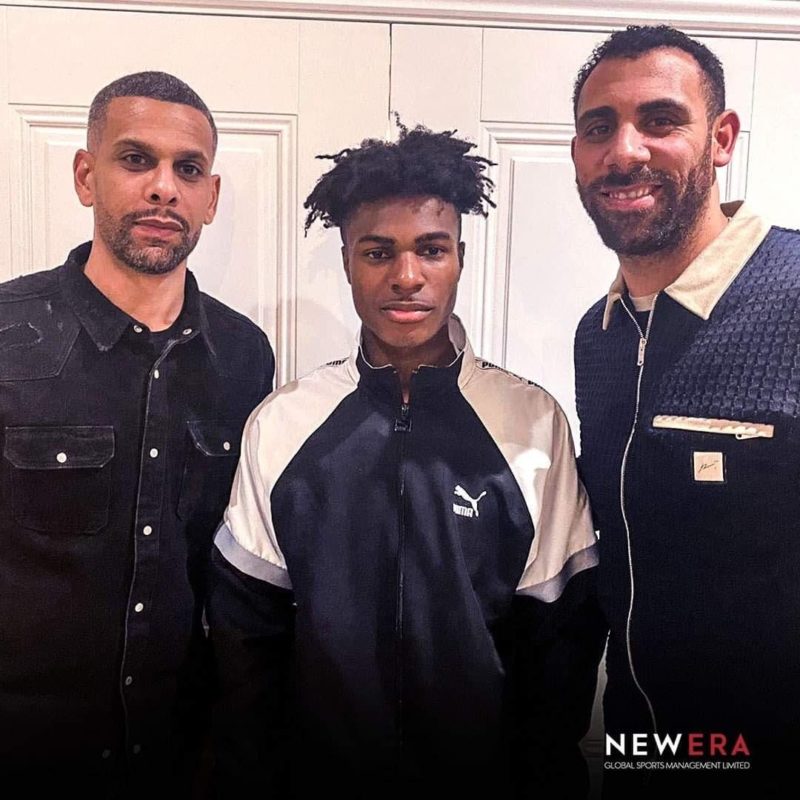 Kieran is currently playing for Arsenal at under 15s level and has been identified as one of the brightest upcoming talents in English football and has already secured a sponsorship deal with Puma.

Kieran is a skilful, attacking player with an eye for goal. He began his career at Arsenal aged 9, playing primarily as a winger, but has developed into playing as a centre-forward.

All at New Era are delighted to have him on board and would like to take this opportunity to welcome him to the team.