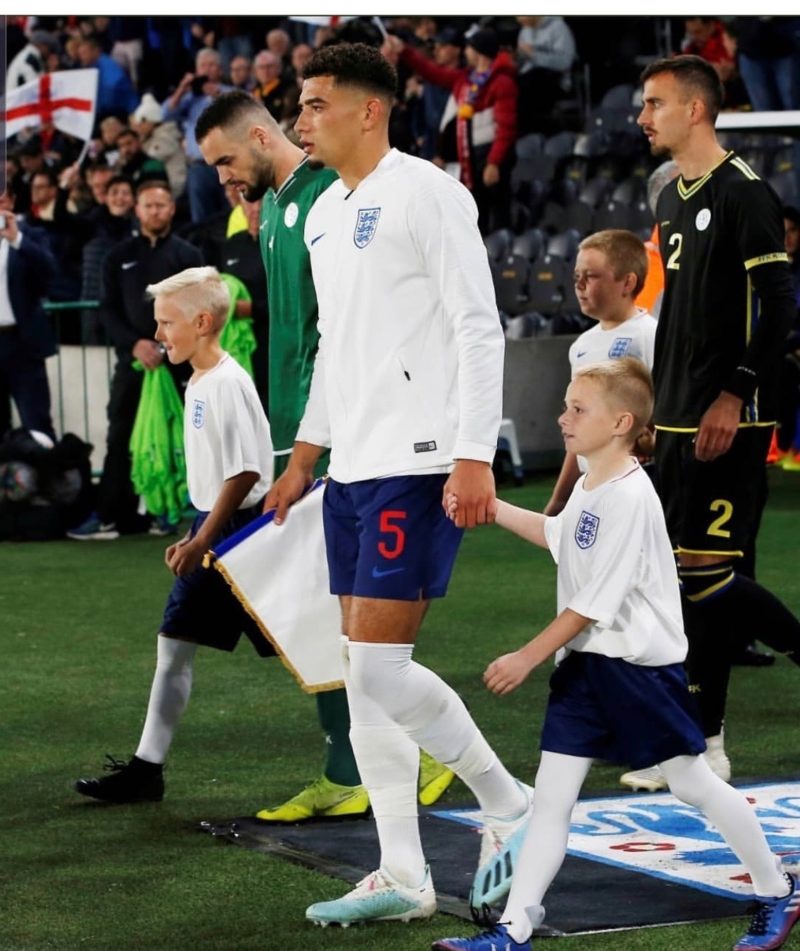 All at New Era would like to congratulate client Ben Godfrey who captained the England under 21s side for their Euro 2021 qualifier against Kosovo on 9th September.

The under 21s side went on to win 2-0 under Ben’s stewardship, with two goals from Manchester City’s Phil Foden.

Ben made his under 21s debut as a substitute in England’s 3-2 win over Turkey on Friday 6th September and lead the side out on his full debut, just days later.

Ben said, prior to the game, "It's incredible for me, a real proud moment for me and my family. I'm really looking forward to leading the boys out there and hopefully I can top a great night off with three points.”

Everyone at the company would like to congratulate Ben on his achievement and were delighted to see The Young Lions pick up three points on the night.

We look forward to many more England appearances to come, well done Ben!

Congratulations to Rarmani Edmonds-Green who has signed a new contract at Huddersfield Town. 20-year old Rarmani joined Huddersfield as an under 18 a...