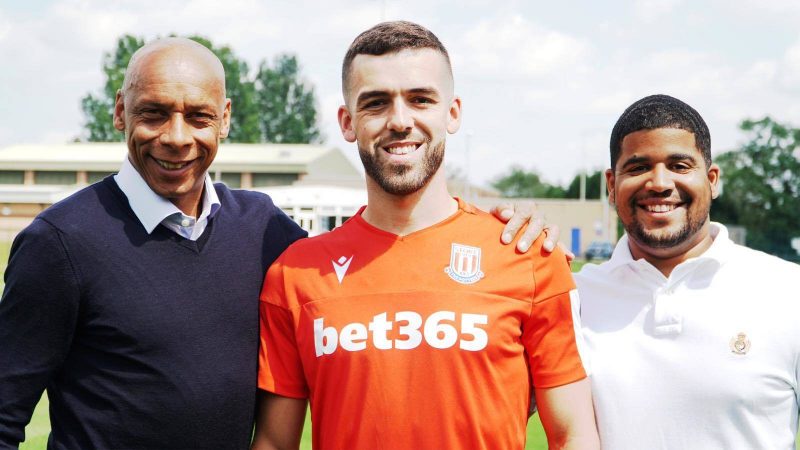 Congratulations to client Tommy Smith who has joined Stoke City on a three-year contract for an undisclosed fee.

Tommy spent 7 years at Huddersfield Town, making more than 200 appearances for the Club after joining from Manchester City’s Youth Academy in 2012.

He played an integral role in helping Huddersfield achieve promotion to the Premier League in the 2016/17 season, captaining the side in their Play-Off Final victory against Reading.

Tommy was named as Huddersfield’s permanent Club Captain in 2017 and went on to make 39 appearances for the Club in the top flight.

Tommy’s proven leadership qualities and experience attracted interest from Stoke City and the Club hope that he will play a vital part in their bid for promotion, now the transfer has been agreed.

Tommy thanked the team at New Era for their involvement in finalising the deal, he said, “Thank you once again to the team at New Era Global Sports Management for your continued support. Been looking after me for six years and haven’t let me down yet”.

All at New Era would like to congratulate Tommy for his career at Huddersfield and wish him well in his new challenge at Stoke.

Tsun Dai has signed a two-year deal with Wolverhampton Wanderers.&nbsp; Tsun moved to England aged 11 to further his footballing career. He was a par...