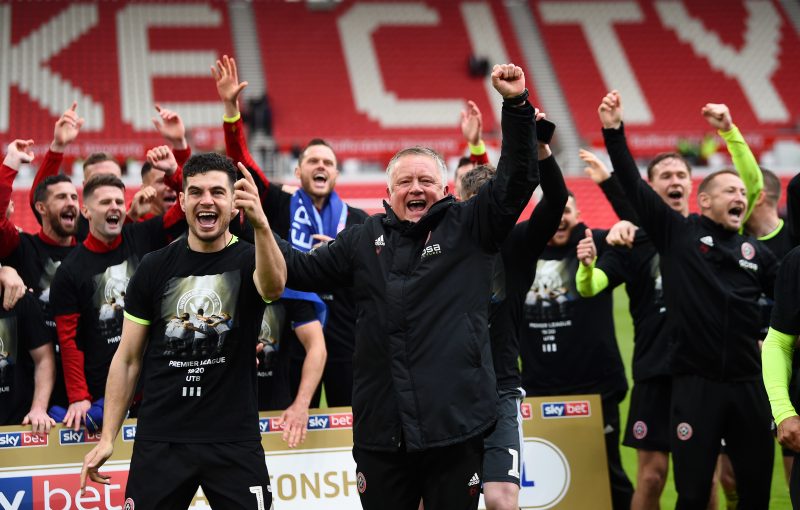 All at New Era would like to congratulate our clients on the management team at Sheffield United for achieving promotion to the Premier League.

We were delighted to see the side confirm promotion as they beat Ipswich Town 2-0 on Saturday 27thApril, while fellow promotion contenders Leeds United were held to a 1-1 draw at Aston Villa on Sunday.

Chris and his team took charge of the Blades in 2016, while the Club were in League One. Sheffield United went on to comfortably win the League that season, achieving 100 points and gaining promotion to the Championship.

After guiding Sheffield United to Championship football for the first time in six years, Chris secured a top ten finish in his first year in the Championship, before securing promotion this campaign.

The Club have now achieved two promotions in three years, which will see them compete in the top flight of English football for the first time since 2007.

We would all like to congratulate Chris and the team on this fantastic achievement and look forward to seeing them compete in the Premier League next season.

New Era are pleased to announce the signing of Walsall under 18s winger Jayden Campbell. Jayden joined Walsall’s academy as an under 10 and has excel...