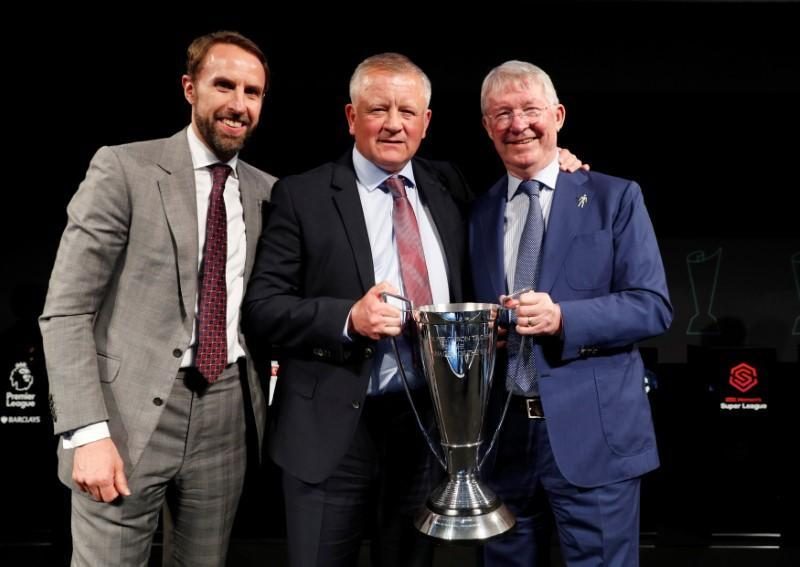 Chris achieved promotion to the Premier League this season with Sheffield United. He took over at the Club in 2016, while Sheffield United were in League One. With the side having spent the five previous seasons in League One, Chris guided the Blades to Championship football in just one season and achieved Premier League status for the Club in three.

He beat a shortlist of fellow managers, including Manchester City’s Pep Guardiola, Liverpool’s Jürgen Klopp and Tottenham Manager Mauricio Pochettino to the top prize on the night. He is only the 5thmanager outside of the top flight to have ever won the Manager of the Year prize, which was selected by a combination of public votes and a panel of industry experts.

Chris acknowledged the role of his backroom staff- also managed by New Era- and players in the success achieved at Sheffield United this season and spoke of his excitement at undertaking the challenge of playing in the Premier League next season.

He said on the night, “To be voted for by your peers to get this award is just unbelievable and caps off an incredible season for me and everybody at Sheffield United…It is an exciting and unbelievable experience we are going into.”

Chris also picked up the Championship Manager of the Year Award on the night in recognition of guiding Sheffield United to a second place finish in the League.

All at New Era were delighted to see Chris and his team gain deserved recognition for their achievements this season and would like to congratulate them on a fantastic campaign.

All at New Era would like to congratulate our clients on the management team at Sheffield United for achieving promotion to the Premier League. New E...