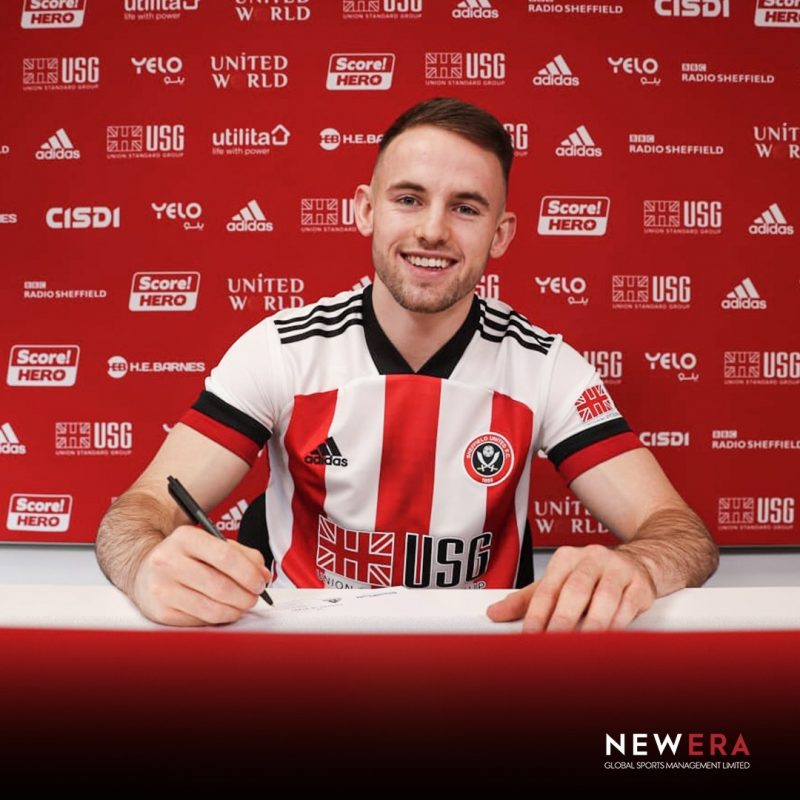 Rhys played at youth level for a number of Clubs in his native Wales, before joining Sheffield United’s Academy in 2018.

He gained experience on loan at Barrow in the National League, making 28 appearances and providing two assists and later, at League One Rochdale during the 2019/20 campaign.

This season, Rhys joined Championship side Luton Town on loan and has thus far made 16 appearances in all competitions. Rhys also earnt his senior debut for the Welsh National Side this year, making three appearances in the Dragon’s Nations League matches.

He now commits his long- term future to Sheffield United and is delighted to put pen to paper on a new deal.

All at New Era would like to congratulate Rhys on his hard work and well-earned new contract. We look forward to monitoring his continued development this season. Congratulations Rhys!

New Era are pleased to welcome Millwall under 23s striker Sean O’Brien to the team.&nbsp; Sean has progressed through the Academy set up at Millwall ...