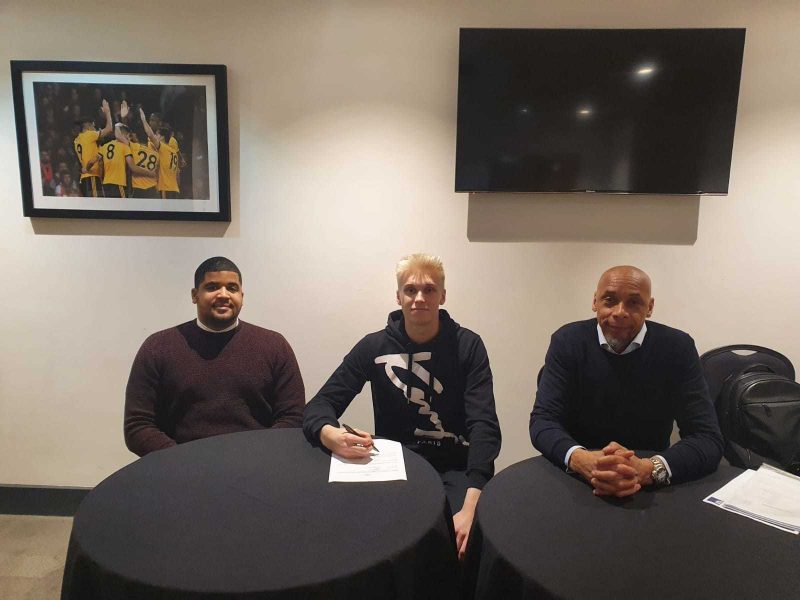 Congratulations to New Era client Andreas Sondergaard who has signed a new contract with Wolverhampton Wanderers until June 2023, with an option to extend for a further year.

19-year-old Andreas has impressed since joining Wolves from Danish side Odense Blodklub in 2018.

Andreas is currently first choice goalkeeper for Wolves’ under 23s side and has been training with the First Team Squad on a daily basis. He was previously named in the First Team squad for Wolves’ Europa League clash against Besiktas in December 2019.

His hard work has now been rewarded with a new contract keeping him with the Club until at least 2023.

We are delighted that Andreas has committed his future to the Club and we look forward to monitoring his continued progression in the West Midlands.

Congratulations on your new contract, Andreas!