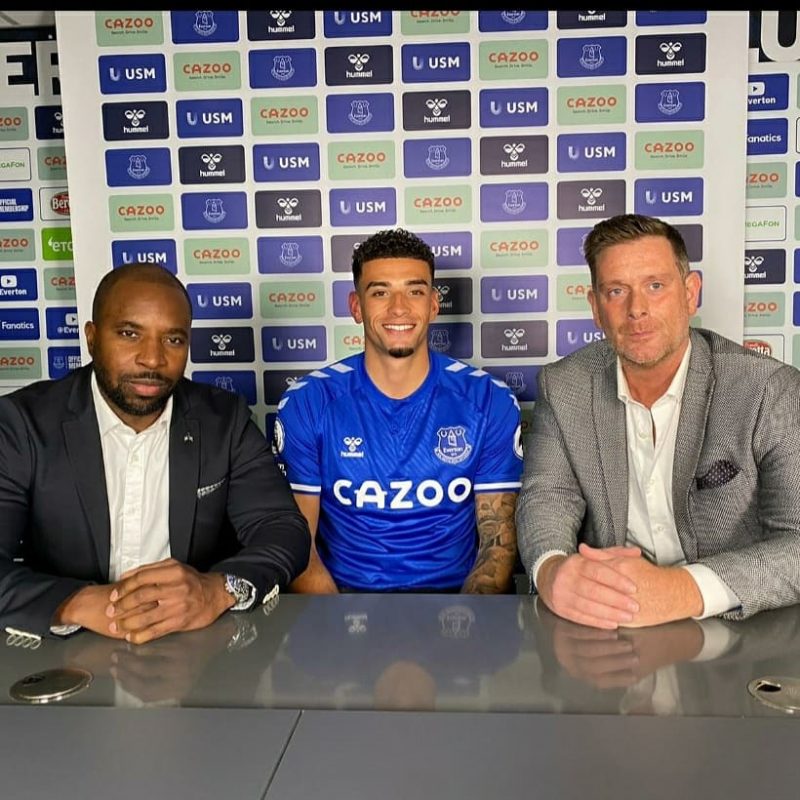 New Era are delighted to announce that Ben Godfrey has joined Everton FC on a five-year contract for a fee of £25m, plus add-ons.

Ben’s transfer is a record fee received by Norwich City, surpassing the £20m plus add-ons paid for James Maddison by Leicester City in 2020.

Ben joined the Canaries in 2016 from York City FC for a fee of £150,000. He spent the 2017/18 season on loan at League One Shrewsbury Town, making 51 appearances in all competition and was part of the Shrewsbury team that reached the Checkatrade Trophy Final. Ben also reached the Play-Off Finals with the Club during his impressive season on loan.

Ben remained a regular in Daniel Farke’s side in the top-flight, recording 30 Premier League appearances for the Club.

He now makes his return to the Premier League, joining Carlo Ancelotti’s side on a five-year deal.

Ben is delighted to put pen to paper on his new contract and said, “It is an honour to sign for Everton and to be part of a huge club, I am very thankful for the opportunity and I can’t wait to get started.”

All at New Era would like to congratulate Ben on joining his new club and are looking forward to being part of his journey at the Club.

Congratulations to client Taylor Moore who has signed a new three-year deal with Bristol City FC, with an option for a further year.&nbsp; Taylor mov...