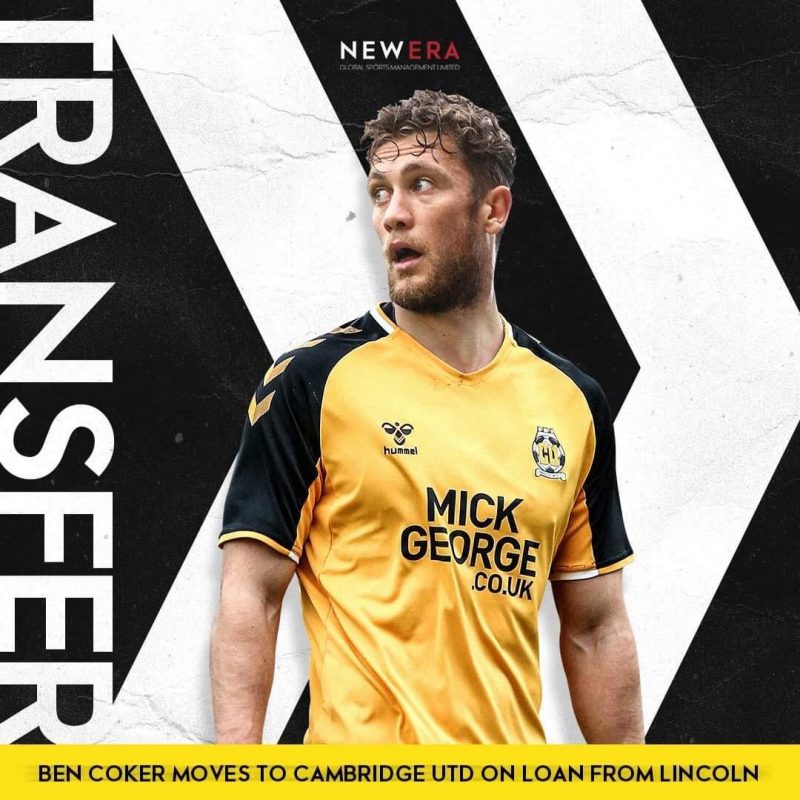 Congratulations to client Ben Coker who has joined Cambridge United on loan from Lincoln City until the end of the season.

Ben began his career with The U’s, developing in the youth ranks at the Club.

He spent the majority of his career with Southend United, spending six years with the Club between 2013 and 2019.

Ben made 208 appearances in total for The Shrimpers, with 109 of those coming in League One. He helped the side achieve back to back play off place finishes in the 2013/14 and 2014/15 seasons, securing promotion in the latter campaign.

Ben joined Lincoln City in the Summer of 2019 and now returns to his boyhood club for the remainder of the season.

An experienced full-back, Ben will bring energy and plenty of quality to the Cambridge back line.

All at New Era would like to wish him the very best for his time at the Club, congratulations Ben!