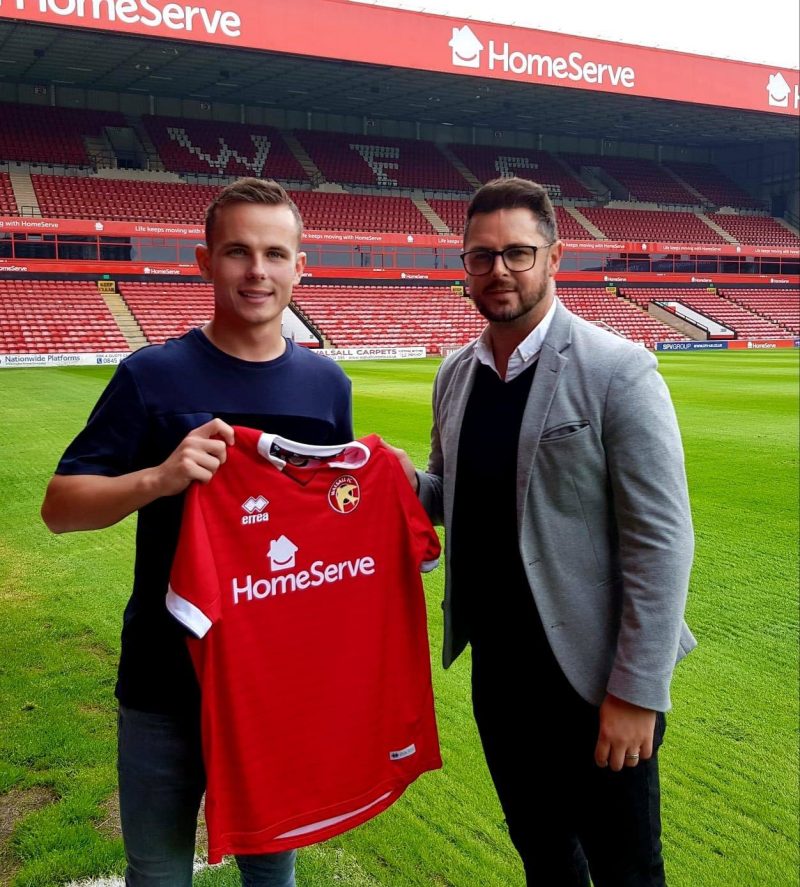 Congratulations to Liam Kinsella who has signed a new two-year contract with Walsall FC.

23-year-old Liam played 39 games in all competitions for Walsall last season and has now made 89 appearances in total for the Club.

Liam was named young player of the Season for 2018/19 and also won the Community Champion Award for his involvement off the pitch within the local area.

He was one of only two Walsall players to be offered a contract extension for the new season and Liam is delighted to carry on his hard work for the Saddlers, hoping to surpass 100 appearances for the Club this campaign.

Liam progressed through Walsall’s Academy set-up, having joined the Club aged 8.  He signed his first professional contract in 2014 and has gone from strength to strength ever since, establishing himself as an integral part of the Club’s First Team.

We would like to congratulate Liam for his hard work at Walsall and are delighted to see him rewarded with a new contract. Best of luck for next season, Liam!

Conor Wilkinson has joined Leyton Orient on a permanent move from Dagenham and Redbridge.&nbsp; 24-year-old Conor began his career as a youth trainee...