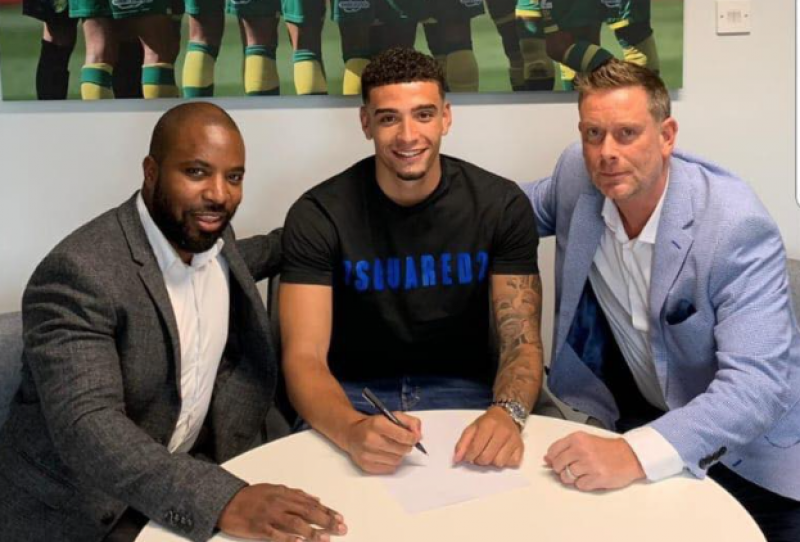 Congratulations to client Ben Godfrey, who has signed a new four-year contract with Norwich City until 2023.

Ben joined Norwich City in 2016 from York City and has since made 42 senior appearances with the Club.

Ben spent the 2017/18 season on loan at League One side Shrewsbury Town, where he made 51 appearances in all competitions. Ben was part of the Shrewsbury team that reached the Checkatrade Trophy Final, ultimately finishing as a runner up. He also reached the Play-Off Finals in his impressive loan season.

Upon his return to Norwich, Ben established himself as a First Team regular. He made

31 appearances in the Championship this campaign, providing four goals and two assists.  Norwich finished the season as Champions, achieving promotion to the Premier League.

Ben has now seen his hard work rewarded  with a new contract. He extended his thanks to New Era after agreeing his new deal, saying “Massive thanks. I appreciate everything you’ve done and wouldn’t be here without you”.

All at New Era are delighted to see Ben commit his long-term future to the Club and to have been a part of his journey. We look forward to watching him play in the Premier League next season.

Congratulations to Liam Kinsella who has signed a new two-year contract with Walsall FC. &nbsp;23-year-old Liam played 39 games in all competitions f...