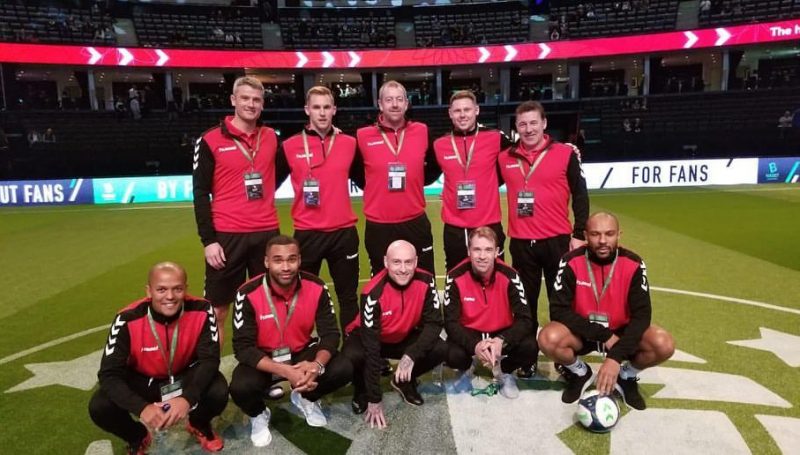 New Era clients Daniel Gabbidon and Dean Saunders featured in the Star Sixes tournament held at the SSE Hydro in Glasgow this weekend.

New Era client and ambassador Daniel Gabbidon captained the side who faced a tough run at the tournament, securing their first win on the final day, beating Northern Ireland 3-1.

Wales faced Northern Ireland once again in the 5th/6th play-off later that day. The 1-1 draw in that match and the 3rd/4th place play of between Scotland and the Republic of Ireland, meant a tied 4th place finish for the Wales side.

It was fantastic to see such a wonderful atmosphere at the event and the team thoroughly enjoying themselves. Well done to everyone who played.

Client Reece McGinley has joined Crusaders on loan from Rotherham United.The move sees Reece return to his native Northern Ireland to play in the Nort...