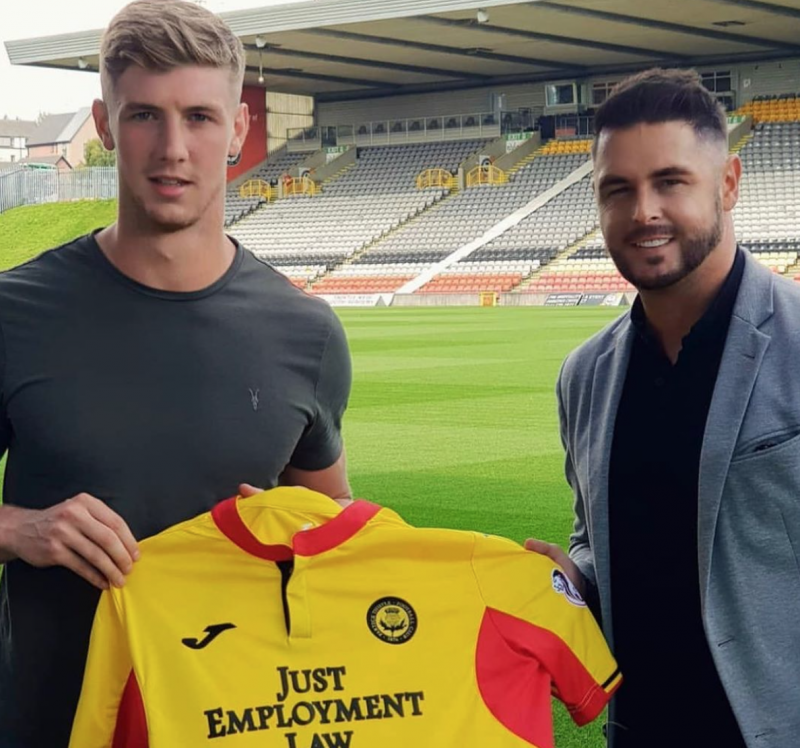 Congratulations to Ben Hall who has permanently joined Partick Thistle.

Ben began his career at Dungannon Swifts in his native Northern Ireland before joining  Motherwell in 2013. Ben made 18 appearances for the First Team in the SPL before joining Brighton and Hove Albion in 2016 for an undisclosed fee.

Ben signed a two-year contract with the Club, linking up with the under 23s side. Ben made regular appearances for the side in Premier League 2 and the Checkatrade Trophy.

He joined Notts County on loan for the 2018/19 season, making 11 appearances for the side in League Two. In Ben’s nine starts for Notts County the side conceded only six goals and lost just two games.

Ben secured a move to Thistle this summer following a successful trial period with the First Team Squad. He will wear the Number 5 shirt for the Club.

Ben has also represented Northern Ireland at every age level from under 15 to under 21s.