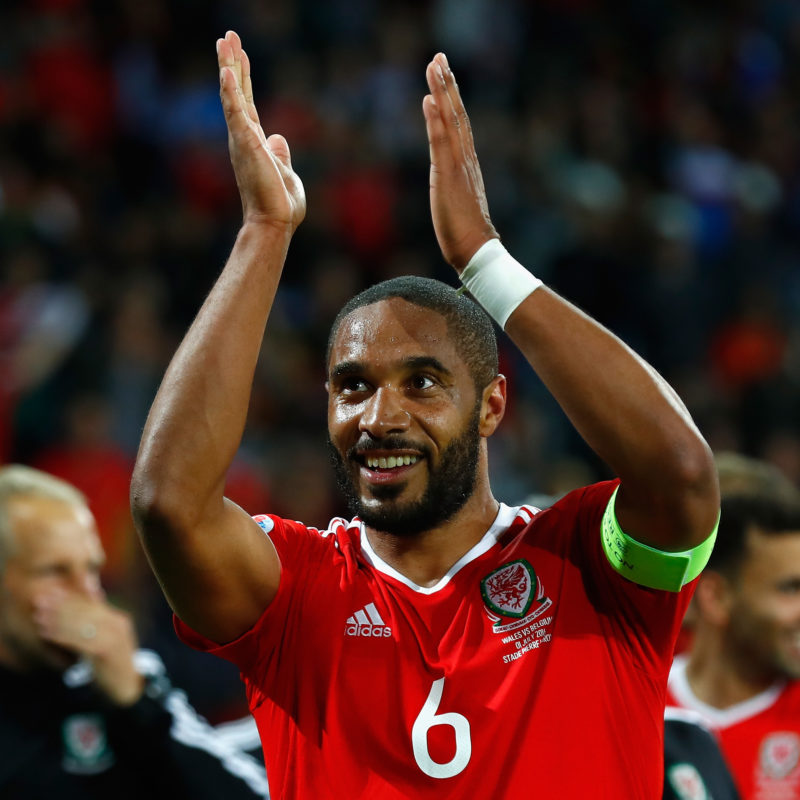 Released from West Brom as a youth player, Ashley began his football career for non-league Hednesford before turning pro at Stockport in 2003. New Era identified Ashley’s talent and his attributes as a footballer playing in the lower leagues but with the ability to play at a much higher level. He possessed not only the vision to read the game extremely well and ability to play the ball out from the back but also had the desire and physical strength to be a no-nonsense centre half.

New Era were proud to be working alongside Ashley at League One side Swansea City. We identified with Ashley certain areas of his game where he could improve, particularly on a professional side where his lifestyle, professionalism, diet and psychology could massively assist his achievement on the pitch. Ashley recognized where he needed to improve especially after becoming close with other New Era clients such as Rio Ferdinand and Daniel Gabbidon who offered their advice at various events the company held to benefit our clients further.

Ashley went onto achieve with Swansea City over 350 appearances, 2 promotions and a League Cup winners medal. Ashley a natural leader was made captain for the Club and his Country when Chris Coleman was named manager, where after only conceding two goals in group qualifying they went to their first major tournament in over 60 years, eventually reaching the semi-final at France Euro 2016.

His achievements internationally and domestically over many seasons haven’t gone unnoticed, one of many stats identifies that over a seven-year period he played 97.3% of the total league minutes possible which no other outfield player comes close too.

In August 2016, Ashley made a £12m move to Everton. He made over 70 appearances in his time at the Club, taking his total number of Premier League appearances to 241.  He joined Stoke City on loan for the 2018/19 season, making 37 appearances in all competitions for The Potters. Ashley announced in Summer 2019 that he would be leaving Everton following the conclusion of his contract.

“ What I like about New Era is that they understand what it’s like to be a pro footballer. That’s why they have a complete approach to their service. By sorting my family’s daily lifestyle issues and taking the time to discover and sense-check commercial opportunities, it means I can concentrate on my game. New Era know that what’s happening off the pitch can affect what happens on it. Mental contentment is just as important as physical fitness. And at the end of the day, performing well on the pitch is the most important bit, because without it none of the other stuff would be possible. ”