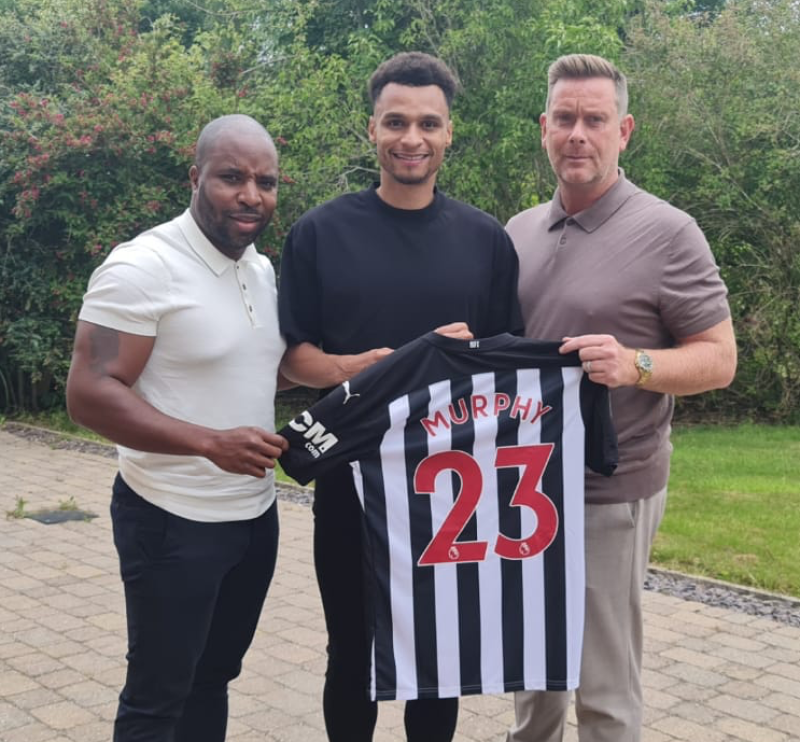 Everyone at New Era would like to congratulate client Jacob Murphy on signing a new six-year deal with Newcastle United.

Jacob joined Newcastle in 2017 from Norwich for a £12 million fee. He spent time on loan at West Bromwich Albion and Sheffield Wednesday across the 2018/2019 and 2019/2020 seasons, before returning to Newcastle for the latest Premier League campaign.

Jacob made 31 appearances for Newcastle last season, scoring twice and providing two assists. He was a regular in Steve Bruce’s starting line-up in the Premier League, excelling for the Magpie’s last campaign.

Jacob’s performances have now been rewarded with a new 6-year deal, which will see him stay at St James’s Park until 2027.

New Era are delighted to see Jacob’s hard work pay off and be recognised by Newcastle United with a deal of this length. We look forward to the season ahead and to continuing to support Jacob on his journey. Many congratulations!

Congratulations to client Kyanno Lorenzo, who has signed a three-year deal with Benfica Football Club.&nbsp; 16-year-old Kyanno began his career at F...