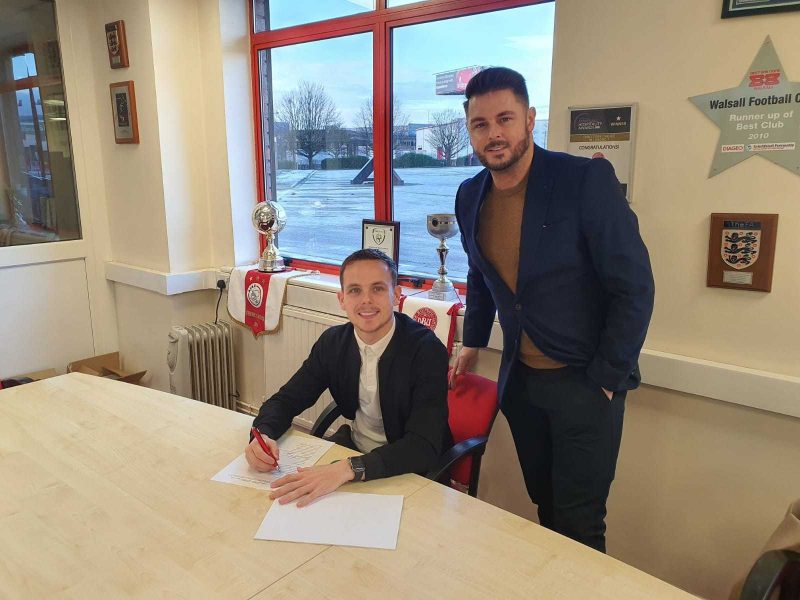 Congratulations to client Liam Kinsella who has signed a new deal with Walsall Football Club until 2023.

Liam progressed through Walsall’s Academy set-up after joining the club in 2004, aged 8. He signed his first professional contract in March 2014 and made his First Team debut in August of the same year.

Liam has progressed to become an integral part of the Club’s midfield set-up, having now made 154 senior appearances. He has featured in every League Two game for the side so far this season and is delighted to put pen to paper on a new deal, committing his future to the Club.

He said: "I am delighted to sign a new deal with the club. I have been here for a long time now and I am lucky enough to continue the journey with this great club.

All at New Era would like to congratulate Liam on his new deal and wish him the very best for his future at the Club.

New Era are delighted to welcome Linfield centre-back Ruairi McConville to the team.&nbsp; Ruairi is an exciting young talent and has already feature...