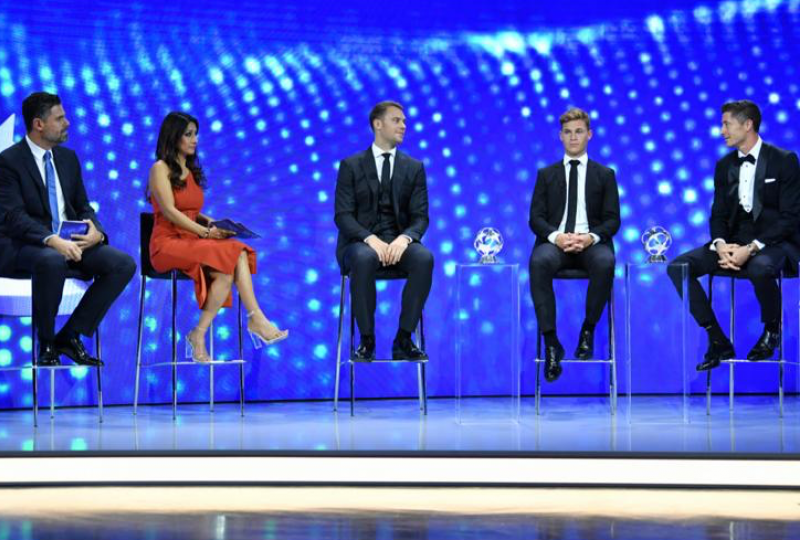 The draw took place in Geneva on 1st October and decided the fixtures for the first round of this season’s competition. We can look forward to matches including Bayern Munich vs, Atletico Madrid, Juventus vs Barcelona and Real Madrid vs Inter Milan in the early stages of the competition.

Manchester United were drawn in this year’s ‘group of death’ alongside Paris Saint Germain, RB Leipzig and İstanbul Başakşehir.

The event was held behind closed doors due to the coronavirus pandemic, but still welcomed award winners including Manuel Neuer and Joshua Kimmich to the stage for the presentation of the UEFA Best Awards for the 2019/20 season.

All at New Era would like to congratulate Reshmin on being involved in the draw once again and for her fantastic performance on the night, particularly in the current difficult circumstances. We look forward to the competition ahead and to hopefully seeing Reshmin host the ceremony once again in 2021.

New Era are delighted to welcome Watford defender Bayli Spencer-Adams to the team.&nbsp; 19-year-old Bayli has spent time in the youth set-ups at Wes...