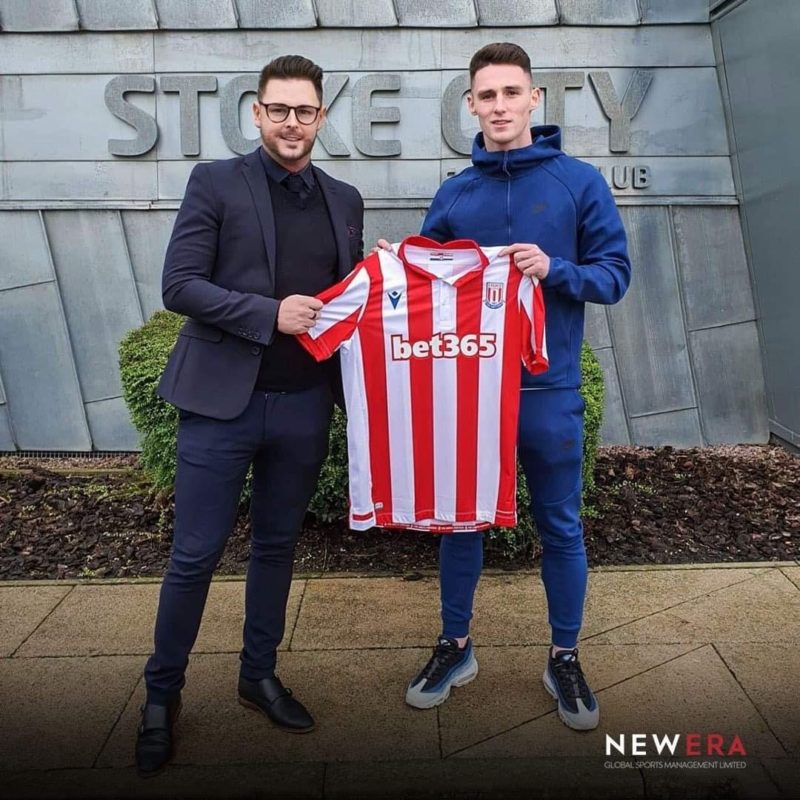 23-year-old Jordan joins the Potters on a two-and-a-half year contract from Blackpool FC, for an undisclosed fee and becomes Stoke City’s first signing of the January transfer window.

Jordan began his career at Manchester United, spending four years with the Club before joining Rangers in the summer of 2015. He secured promotion to the Scottish Premiership in his first season at the Club, as well as spending time on loan at Airdrieonians.

He then joined Raith Rovers on loan for the 2016/17 campaign and Livingston in early 2018,  before joining permanently joining  League One side Blackpool in summer 2018 on a two-year deal.

Jordan made 65 appearances in total for the Seasiders, scoring 4 times and making 7 assists.

Jordan has also appeared for the Northern Ireland senior squad seven times, making his debut against Luxembourg in September 2019.

He now links up with his International Manager Michael O’Neill at club level, signing permanently for Stoke. Jordan revealed in his first interview at the Club that he is excited for the challenge ahead and hopes to become a regular in the Potters midfield.

All at New Era would like to congratulate Jordan on his move and wish him the very best for his time at the Club.

New Era are delighted to announce that client Fara Williams has signed a one year extension to her contract with Reading Women FC, keeping her at the ...