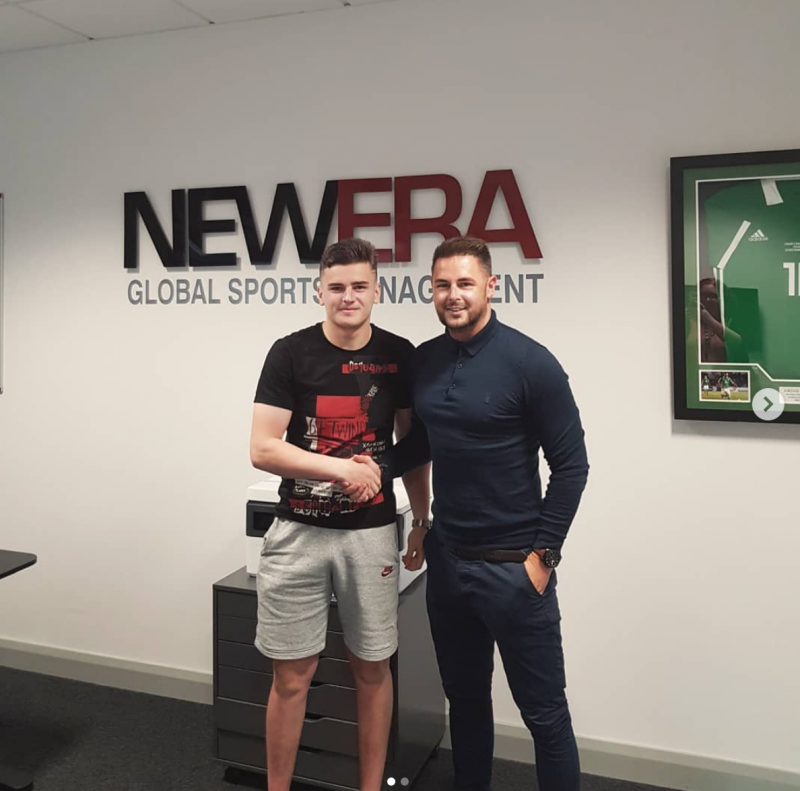 New Era are pleased to welcome Crusaders FC and Republic Ireland under 21 striker Ronan Hale to the team.

Ronan was part of the Development Academy at Crusaders before joining Birmingham City in 2015. He spent time on loan at Derry City ,making over 30 first team appearances, before re-joining Crusaders in January 2019.

A talented striker with an eye for goal, Ronan has scored three goals in eight appearances in the Irish Premiership.

Ronan received his call-up to the Republic of Ireland under 21s side in March 2018, aged 19 and has made 5 appearances to date.

We look forward to working together- welcome to the team, Ronan!

New Era are delighted to announce the opening of a new office in&nbsp;Belfast, Ireland. &nbsp; The Company’s new office is located at the Innovati...